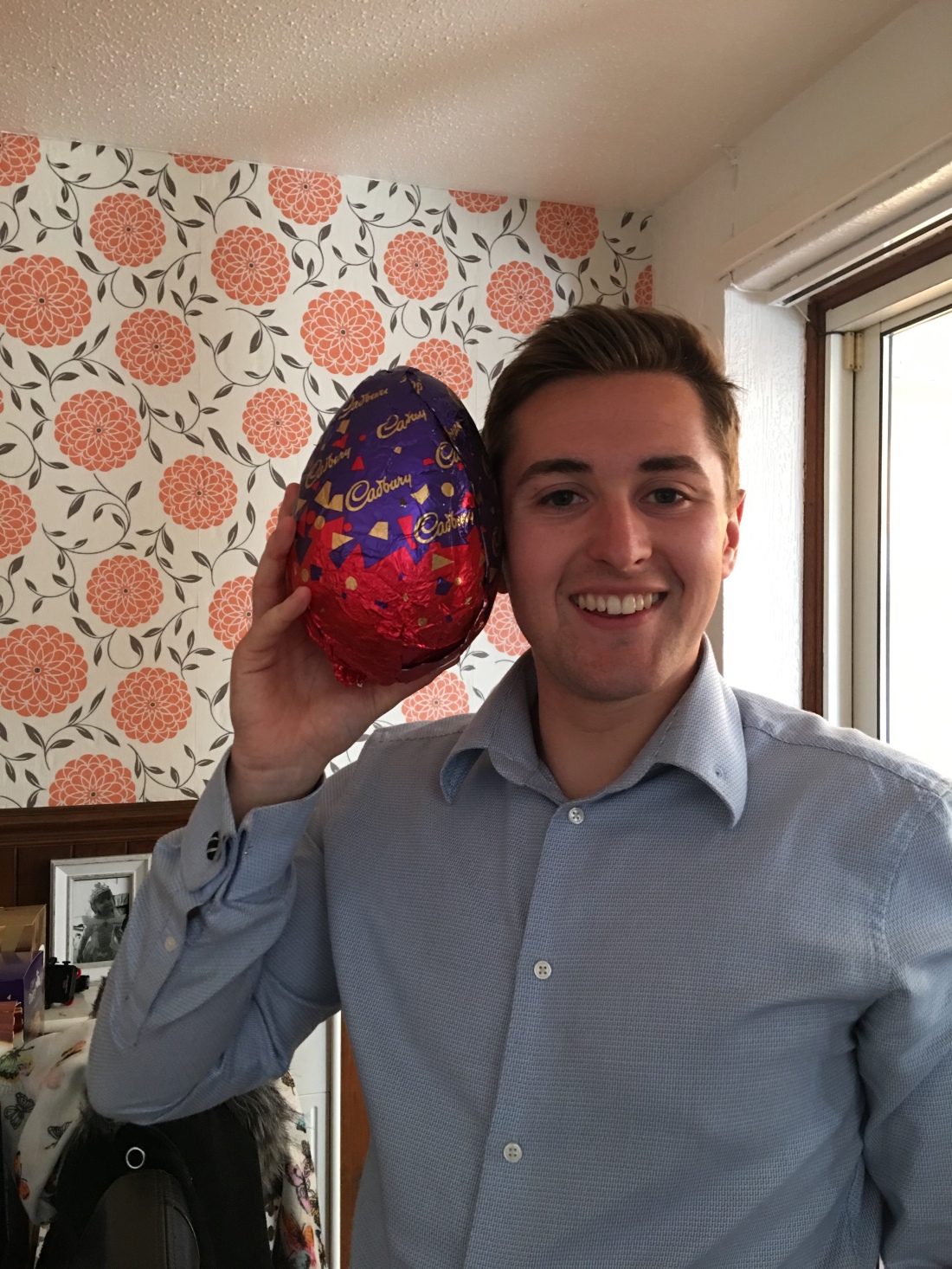 The last week and a half has been steady. A constant mix of run, swim and cycle whilst eating too much (still). But the meals have been healthier, and given the amount of calories being burned more food is certainly better than less. Although it is concerning no more weight has been lost, I’d expected to be a ripped stick by now but instead I’ll be looking like a pudgy dwarf in that wetsuit.

Ive gained a couple of things since the other week that also makes it look more like I know what I’m doing. Until I bellyflop into the pool or fall off the bike at least. Having the right equipment is essential to be competitive so I’ve stepped away from a tee-shirt that blows up in the wind making me look more like an air balloon than a Brownlee brother for a budget cycling jersey that cost only a tenner! And I’ve moved away from my tacky amazon goggles for a pair of outdoor Speedos I’ve picked up from the designer outlet for £15. Ironman on a budget, and man I love a bargain.

What we’ve also gained is a considerable amount of sponsorship. Our justgiving page continues to climb steadily so please do keep sponsoring. Even fivers are massive boots and keeps us motivated to succeed! And a huge thank you to our employer Minster Law who very kindly donated £1000 towards kit in order to make sure that we succeed. As both of us are new to the sport, we had no kit previously and it would’ve stayed that way given the budget we’re on for the foreseeable period of time so now we’ll have the gear and unfortunately just no idea. In addition, Reynolds Associates, an architectural company that started in Nottingham but now has fingers in many pies across the country, has also endorsed us and allowed us to get more of the gear that we need, and promised to support us throughout our journey. In return, we’ll be sporting sponsors of both Minster Law and Reynolds Associates on our cycling jerseys, wetsuits and tri-suits. Whether we’ll look good in them is for someone else to decide…

What we’ve also gained is confidence too. I even attempted to go to a triathlon training event near myself last week but after days of psyching myself up for it I rocked up and found out it had been cancelled because of the half term holidays. A real pie in the face moment. Marc’s continuing to test his foot out on a run too with both of us hoping it plays ball and we’ve even signed up for Lincoln Triathlon this weekend (last minute decision, let’s hope it pays off). Hopefully we’ll have had our gear delivered just in time to try out but if not, we’ll be the two guys wearing jeans and a tee trying to compete…

What I’ve tried to do this weekend is get some more miles under my belt on the bike. Saturday I got up early and cycled over to a wonderful place called Sleaford (those that know Sleaford will appreciate the sarcasm), a 65 mile round trip that I competed in about 4 and a half hours. I set off well and for the first 30 miles hit an average pace of 17mph feeling pumped but unfortunately the sun rose far quicker than I can cycle and the last 20 miles were a struggle. For those that don’t know, the Ironman is a 112 mile cycle which should be competed ideally in 8 hours so I’ve got plenty of mileage to do in a far quicker time. What I do have on my side however is that Hamburg is quite flat whereas Nottinghamshire and it’s rolling fields are very not. In fact, I’m that fed up of plodding up 20% inclines at 3mph whilst being conscious of the family holidays I was ruining of those sat in the cars behind me that I decided on spending an hour and half on the bike and turbotrainer in the conservatory that I’ve previously described. Too summarise how bored I am of stupid hills I’d rather train hard in 24 degree heat in a closed off conservatory, dripping any moisture I have in my body than cycle up a damn hill. But the training must go in because that bike time is my main area of concern. If you don’t complete it in time, even though you might complete the whole course, you’re not an Ironman. And right now, I’m feeling more of a tinman.

The triathlon this weekend will be exciting and great test of how far we’ve come though especially given the fact I’ve polished off about 6 Easter eggs. It’s only a sprint format so it’s short and quick (probably won’t be for us) but it’ll be our first experience of transitioning from one sport to the other. We’ll be able to fully understand why people say it’s so hard to tie shoelaces after a swim and a cycle and we’ll be fully pledged triathlon members. What I am particularly concerned about is that Lincoln contains an awful lot of hills, one that steep it’s called steep hill, and I’m so fed up of p*****g hills.

So thank you for making this possible Reynolds Associates and Minster Law and please please don’t be embarrassed of this weekends efforts! It and we, can only get better!

We’ve bought a house and we’re having issues with completion date. The current house got burgled and my car got pinched. And to top it all off, my hamster died (rest in peace Beanie). But unfortunately, the show really must go on.

Marc’s been an absolute saint, he’s taxi’ed me to the swimming pool twice this week in return for an overpriced £8.20 soya milk hazelnut cappuccino since I’m currently without a car. Now we’re getting in the habit of swimming a couple of times, with 2000 meters each time, I feel more like a fish in the water. Unfortunately, I’m more of a Beluga Whale than a Dolphin. The pool we now practice in is far more realistic too. It’s deeper than a meter so I can’t touch the floor once I’m in and you don’t spend half the time planning an overtake on somebody doing breaststroke stinking of piss. I’ve also been on the hunt for a swimming hat smaller enough to fit my pea head. The closest I’ve found has been one of those plastic bags you get your meat wrapped in at a supermarket until I discovered this tiny laundry basket in next home..

My running has continued to flourish, with 10k’s now being the regular running distance and I’ve had every intention of doing another half marathon one morning but unfortunately it’s either been to windy or I’ve been hungover.

Biking is, as we knew, our biggest problem. We’re looking at 8 hours on the bike during Ironman, at most we’ve currently managed 3. But we’ve had our fair share of (valid) excuses. Marc obviously bust his foot and I can’t be arsed. My intention for a 50 miler has been there don’t get me wrong, but each weekend I’ve been going out and 2 hours in I remember how boring and lonely solo rides can be. Plus my gears are knackered so the baby’s in for a service this week. I took the opportunity to head down to the gym this weekend and complete a warmer, drier 50k ride. I say drier, I needed a wet floor sign next to the bike because I was dripping. I’ve also invested in a turbo trainer meaning I can now cycle in the comfort of my home whist watching Mrs Browns Boys or whatever other twaddle is on tv. It doesn’t matter what I watch because I can’t hear it over the racket of this turbo trainer. It’s a sound very similar to that of if I’d trapped the cat in the front door, except it lasts for as long as you cycle. As you can imagine, the other half loves it as she tries to concentrate with the sound of a nuclear power station beginning operation. If you live within a 30 mile radius of me, you too may have possibly heard it.

But progress is being made, despite it being slow it’s positive. I keep saying that once life has settled back down I’ll be able to train harder and longer, and I’ll stick to that promise. But similar to the Brexit deadline, it continues to be postponed.

We have also got the fundraising set up, and received some sponsorship already from friends and family – for this we are very grateful. This is, after all, the reason we’re putting our bodies through all of this stress. We’ve set a target to raise £5000 for the Movember campaign, and we’re currently in talks with a couple of companies to obtain their support. We ask though, could you please sponsor the both of us to help us reach this incredible target. You even get to the opportunity to leave a message with it, I’ll let you choose whether it’s encouraging or abusive. Just give the link below a clink and select an amount your happy to donate towards us. Even the smallest donation means a huge deal to the both of us.

Storm Erik has came and hit the UK by, well, storm I guess… It also took my motivation, it took my desire and it took my passion to go for a long ride in one big Eric-like gush. Don’t get me wrong, I didn’t put up much of fight, I woke on Saturday reasonably early considering I’d had a ‘couple’ of drinks the night before for usual £9 trim at the barbers down the road – something I convinced myself was crucial in order to make me more aerodynamic whilst training.

Following my haircut and after braving the hurricane rattling round Rothwell in order to get back into my car I made the executive decision that I would be bottling the long ride today for my own safety. Cleats are hard enough to conquer on a tranquil Saturday let alone on a day where I’m forced to fight the elements. I did however manage to leave my excuses alone for half an hour and smash a 5k run out that evening and I was fortunate that the wind was behind me most of the way.

This last week or so has not brought many developments in my training, I’ve stalled a few times and contemplated whether I should treat myself to a rest day but I’ve realised now that if you can get yourself off the sofa and down the road, no matter how far or short it is, you’ll feel much better. I’ve forced myself into my New Balances 3 times over the last week and ran a 5k averaging less than 8 minute miles – something I’m seriously considering an achievement. Please don’t remind me however of the 20 miles extra I’ll be running when the day comes.

And although my running I feel is slowly coming together, the biking and the swimming continues to be the mountain in the distance that I’ll soon have to overcome. Marc highlighted the issues of swimming in leisure centre lanes in his blog last week (give it a read if you haven’t already) with most people treating the pool as either some kind of hydrotherapy session or just a large urinal – so we’ve come to the conclusion swimming will soon begin in an Olympic sized pool (we’ll keep you posted with how this one goes).

And for those interested in why the UK seems to have such un-intimidating names, the 2018-2019 storm season of which started in September has 21 names in total, one for each letter (except Q,U,X,Y & Z) and that alternates between genders in an effort to humanise them. The full list of this year’s storms are below.